Back-to-School Ecommerce: Infographic & Lessons from $58.1B in Online Sales

School is back in session …

And the 2018 ecommerce performance results are in.

Projections from the National Retail Federation had already placed total retail sales at $82.8 billion, a 1% reduction from 2017. Even with that marginal slump, back-to-school shopping was still expected to be the second biggest shopping season of the year, outpaced only by Black Friday Cyber Monday: The question is: did ecommerce make the grade?

Behind those big numbers lay four trends that are not only reshaping back-to-school shopping but also other major online events — most notably the impending holiday season:

Mobile Sales Lag, Except On …

Deloitte’s 2018 survey found that consumers intended to shop (e.g. research and get price comparisons) more on their mobile devices for back to school items this year: 53% in 2018 versus 49% in 2017.

Meanwhile, Adobe Digital Insights reported that just 33.8% of online sales came from mobile devices for the ecommerce industry as a whole in 2018. While the overall retail industry saw mobile transactions trail desktop sales, the story was a lot different for Shopify sites …

Mobile orders accounted for 66.5% of all sales on Shopify sites during back-to-school online shopping — growing 59% year-over-year in total sales. Desktop orders grew 29% year-over-year, yet only represented 33.5% of Shopify merchant sales in 2018. Since mobile sales also outperformed desktop sales on Shopify sites during Black Friday Cyber Monday 2017, it’s safe to say that focusing on a mobile-first ecommerce design and UX strategy pays off for businesses in a significant way. Refer to this post for tips and mobile-first customer strategies: The Future of Mobile Commerce: 10 Trends, 37+ Stats & Three Case Studies.

Ecommerce Grows, Especially Among the Young

According to Prosper Insights & Analytics, 55.4% of consumers were set to buy products online this year, representing a ~10% growth year-over-year for ecommerce, the largest jump for any shopping channel: Back to College Shoppers Were Bullish on Ecommerce

While online retailers were the preferred choice for back-to-college consumers in 2018, they also shopped at:

Online retailers were the second preferred destination for consumers shopping for back-to-school (K-12), behind department stores:

Amazon Prime Day Kicked Off the Season in a Major Way

Online consumers were especially active at the beginning of 2018’s back to school shopping season on Amazon Prime Day on July 16th, which was Amazon’s biggest global sales day ever — larger than Black Friday 2017.

Sales also spiked at the end of the season with big in-store and online promotions over Labor Day weekend.

According to CNBC, small and medium-size businesses notably crushed the [Prime] day, collectively making over $1 billion in sales via Amazon.

Amazon Prime members were also more likely to shop online versus the general population during the back-to-school season — an indication that these customers are poised to buy from your sites, too.

To attract and convert those heavy online shoppers into loyal customers, businesses must up their multi-channel sales game to both compete on Amazon and maximize sales success during Prime Day 2019 and Black Friday Cyber Monday 2018. For tips and strategies on how to increase your Amazon sales during the holiday shopping period, read: Multi-Channel Ecommerce: Are eBay & Amazon the Enemy? Ecommerce businesses on Shopify saw consistent surges each weekend over the shopping season, with the highest surges on Aug 31st and Sept 3rd (Labor Day) — similar to the results for the retail industry as a whole.

Each of those days brought in ~$130 million on Shopify sites. Shopify merchants processed and shipped back to school orders to major cities all over the globe — as they did during Black Friday Cyber Monday 2017.

Top purchasing cities by number of orders on Shopify: Perhaps the most surprising result of this global expansion is the number one position of London and the number seven position of Singapore. Both indicate the growing reach of ecommerce in the UK and APAC.

With regards to Launchpad, in particular — having been made available exclusively to Shopify Plus businesses less than two years ago — the overall numbers are incredibly strong …

Using Launchpad, alongside Flow and Scripts, enables ecommerce businesses to reallocate their team’s time spent manually uploading sales promotions on the day of a sales event, or repetitive tasks like reviewing high-risk orders or segmenting customers.

We’ve run over 100 sales events using automation and are on track to 2X revenue in 2018 as we become a true omni-channel brand.

“We’re able to take an hour chunk out of one day and just get it done in advance, schedule it and everyone can go home and sleep well at night,” says Lauren Ulmer, Director of Product at Dormify.

To maximize your success, plus save sleep and stress during the biggest shopping season of the year, check out these posts which outline how other Shopify Plus merchants are offloading millions of business decisions and selling on autopilot with ecommerce automation:

While the second largest shopping season of 2018 is over, your plans are likely in full swing to have your most successful Black Friday Cyber Monday to date.

You still have time to exceed those expectations if you take advantage of some of the back-to-school ecommerce insights and tips we’ve provided with regards to crafting mobile-first user experiences and ecommerce automation tools in this post.

Here are additional ideas and recommendations from Shopify Plus merchants and team members on how to maximize online sales during the upcoming holiday shopping season:

Find out the secret weapon thousands of high-growth brands are using to make this Black Friday their best ever. Download our exclusive ebook for a behind-the-scenes look … 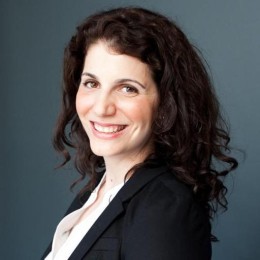 Andrea Wahbe is a freelance B2B marketing strategist and corporate storyteller who writes about Canadian SMEs, marketing, and digital media trends. Follow her on Twitter.